The Transformer, which has quickly become the state-of-the-art architecture for neural language processing, is based on the principle of self-attention, or attention within the same sentence. This allows embeddings not just of words, but of whole phrases and sentences into a rich latent space, letting knowledge from single-language, self-supervised learning transfer to all kinds of supervised downstream tasks. However, we are only beginning to understand what the multiple attention “heads” of the architecture actually learn to attend to, and whether they specialize to linguistic rules as we might expect intuitively.

Drawing from the work of Clark et al. and Voita et al., we explore the roles of attention heads by comparing syntactic parses of sentences to the activations they induce in the network. Using a model trained end-to-end for English-to-German translation, we recapitulate some of the phenomena that Clark et al. observed in BERT, which is pre-trained monolingually. For example, we find attention heads whose activations are good predictors of determiners and direct objects in the source sentence. 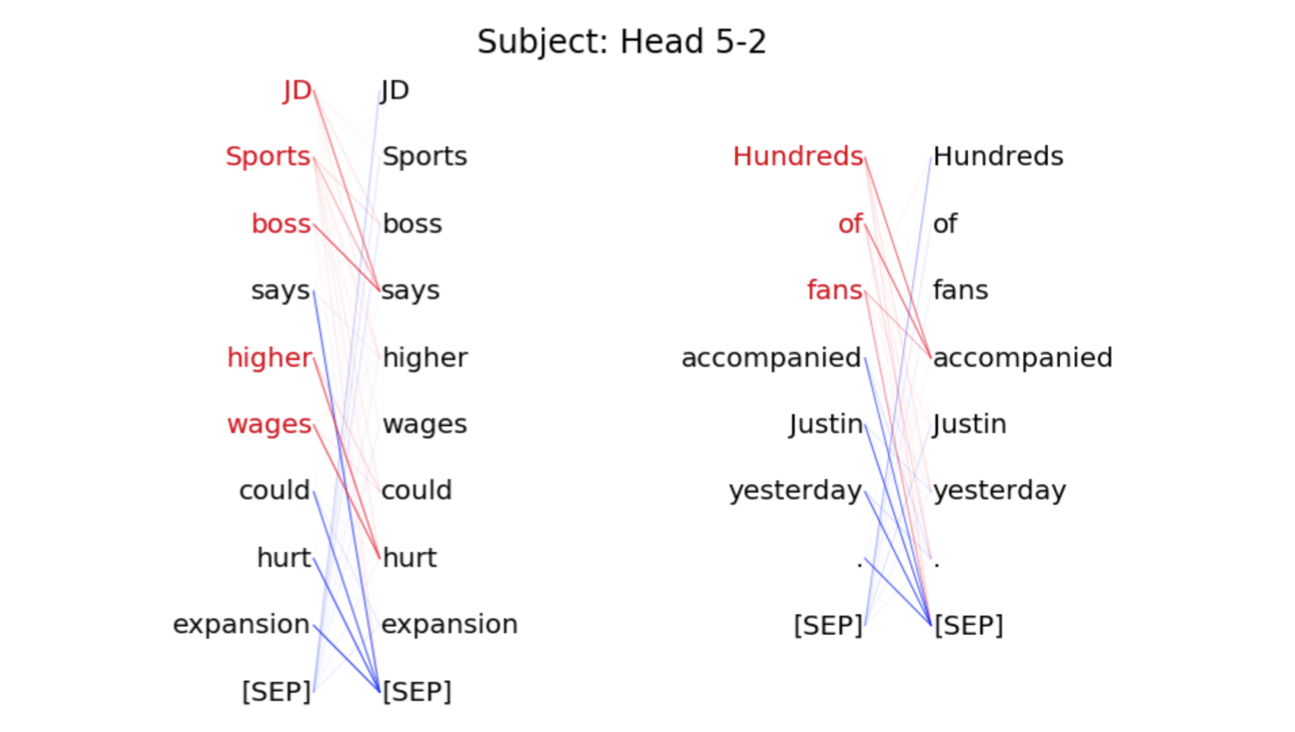 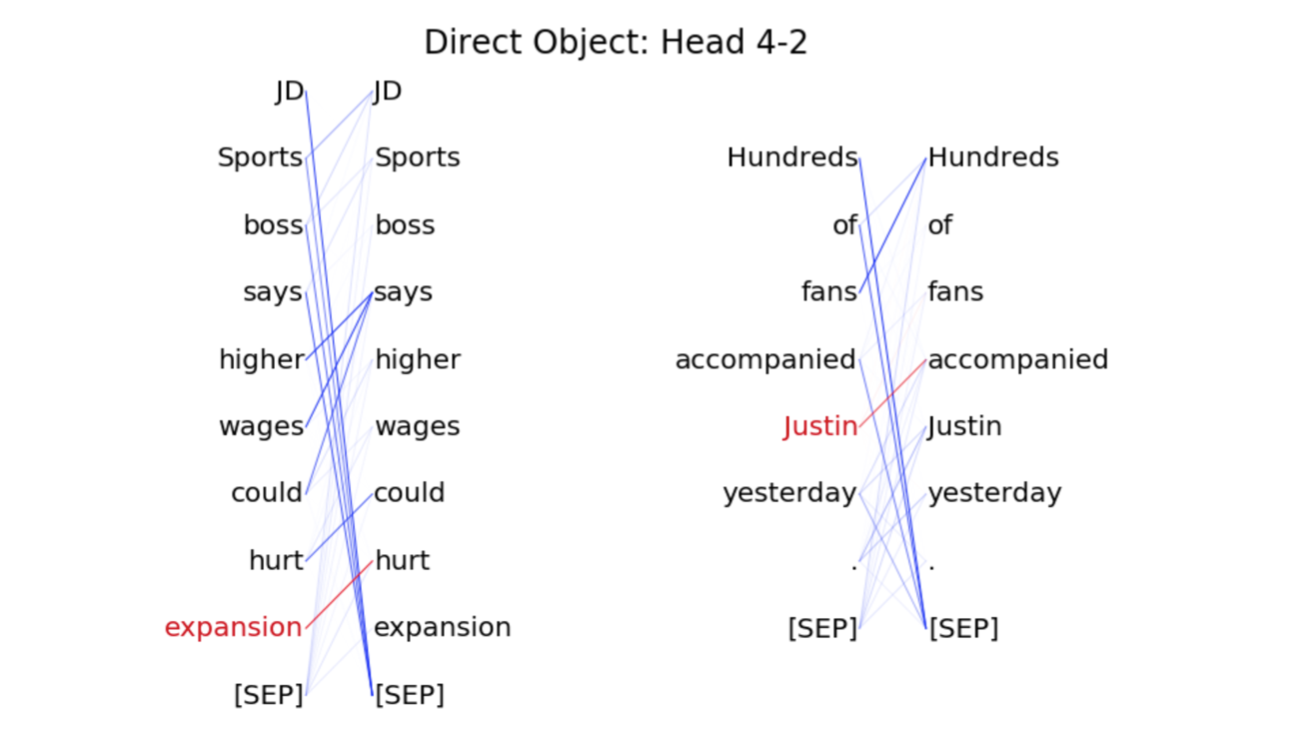 We also recapitulate the finding of Voita et al. that transformers can learn to prune many heads across various layers without significantly degrading performance. Interestingly, however, we also found that if the learned pruning was reversed—that is, masking heads found to be important, while keeping the rest—performance still was not significantly degraded. This suggests that, while these networks are indeed robust to ablation, specific syntactic functions may be more distributed than suspected.